To some extent, it’s largely seen that traditions and culture are on verge of depletion. As the new generation is moving out of their nest and weaving their dreams in distant places.

I was born and brought up in Delhi but my parents had spent their first half in Nainital (Uttarakhand) till my father moved to Delhi due to his government job. When we were too young, for us summer vacations were limited to moving out of the house to Nani’s house in Nainital for two months. I must say a different routine compared to other days of the year. And what could be better than this when you can spend your vacations in most wanted hill station without paying the hotel bills and an escape from Delhi’s scorching heat. All free, and co-sponsored by my Grandparents and other relatives. That was more of like a stamping ground for us for those two months in a year.

It was more like a tag for us that summer vacations mean Nainital. Being a Pahari and a Desi mix I was indirectly attached to that place.  May be the emptiness of traditions and values when you grow up in a place which is totally opposite or the DNA affect? I always feel that for me there is an auto-connect to Uttarakhand. A feel of cool breeze the moment you move up from Haldwani to Nainital and many other places is always mesmerizing. It was a place where I stayed without fans and air conditioner. And sometimes without refrigerator too. A little less polluted and a fragrance of purity everywhere and the earthy fragrance with the simple people around. A city with no show- off culture and kind hearted gesture.  An array of temples in every nook and corner and the mesmerizing sounds of temple bells and Shlokas!

We used to witness all culture and rituals which we missed in Delhi. A Kumauni language, an art of Aipan, Kumauni food and Kumauni attire with a Big Nath which is rare scene now for all of us and we really miss those quite often!

I would say pahadi attire with a Nath( A big nose ring), which symbolizes more of a culture and tradition and beautifies it. It’s more like a signature dress for every Kumauni. You can easily differentiate them with others. There is no denying the fact that I was more connected to my roots than my children. The reason could be the distance of our current location as Bengaluru. An another corner in India map and I know the distance between Uttarakhand and Karnataka is so deep that it’s really not easy to visit there every year.

But we really wanted to visit once with our children and finally after so many years the occasion came our way. It was one of closest relative’s marriages at Almora in Uttarakhand. We all were super excited to be the part of this much-awaited function. A typical pahari marriage with all the traditions and fun filled customs!

I told my children and they also started counting their days for school to get over. It was on summer holidays so we didn’t bother to reach there before time. That has also helped us to get adjusted to weather and people.

One can say this is one of the drawbacks of nuclear families and when they are remotely located. They hardly get time for family functions and get together, leaving aside getting into the roots.

Though being in southern India, still I try my best to make them learn few words by which they can connect themselves directly or indirectly as a Kumauni. Apart from language little typical regional food (I am still not an expert on it) should be known to them and I must say they do relish all those limited stuff that I make.

An art of fine painting with red and white paint near the door and in some corner of the house which is known as Aipan art and there was the time when I used to do it in my whole house during festivals. It runs in families and with culture every family it’s an auspicious art and most of them are the expert in this! To some extent, it’s largely seen that traditions and culture are on verge of depletion. As the new generation is moving out of their nest and weaving their dreams in distant places.

People like us who are now nowhere linked to those traditions which at times were well known and connected and we had enjoyed them to the fullest. I know my children are located too far to understand the roots of Kumauni culture and how it feels being in your native place for a shorter period. I had the luxury to spend my summer holidays in Nainital but they have to spend it in Delhi and rarely to Uttarakhand, as we do most of us run short of time.

But even with a distance, I will try my best that they learn few and carry forward the tradition for their next generations and letting it alive for the coming years!!

Note: This is a guest article by Ekta Shah 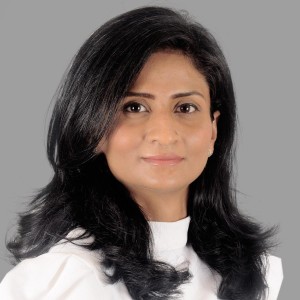 Blogger at www.mycity4kids.com and Author at www.womensweb.in! Besides that, I keep pouring my thoughts on various online platforms. Basically, a Kumaoni who is settled in Bengaluru and enjoying every bit!! You can also read me on: ektashah27.wordpress.com

I am going to my village that is in Almora district by next week.I love the culture there, the people and the weather.

I think it’s quite manageable to visit once a year in vacations . Also.it’s our responsibility to keep our roots alive in us and generations to come.. We come from a rich culture and we should embrace it being in any part of the world.

Amidst the hustle bustle of the silicon valley to remember the roots, that too of the high hills is a commendable job. A good read indeed.

Thanks Nitin for reading and dropping by!! Yes, you are right, we all do miss out roots at some point in time.!!

Great article, I think the same is been felt by every one from Uttarakhand who resides in different parts of India or even outside India. Although I am from Garhwal but this article is true to every uttrakhandi. Great Job !!!

Thanks a ton for your words!!