Development of Tarai Areas (Plains) and Neglect of the Hills

The life on the hills is not a bed of roses, especially when those in power are more concerned about the development of the plains. There is a visible difference between the conditions of living on the hills and the Tarai areas. Whom does one blame?

Untouched By the Wave of Development

When we take the picture of Uttarakhand in our mind we notice that most of the urban areas or the developed areas of the state lie in the plains. There are only a few hilly regions that have been urbanized or have tasted development. The hills still remain unaffected by the wave of development. The plains have been flourishing well whereas the hills have suffered a lot due to the neglect of the government. This puts a question mark on the creation of Uttarakhand as a separate state. Development of the hilly regions was one important reason for the formation of Uttarakhand. The locals felt that the hilly parts of the state had remained neglected for decades and the creation of separate state would solve this problem by providing them with proper employment, medical facilities and education. Villagers near Arakot, Uttarkashi crossing the river with the help of two steel ropes without any safety.Photo Src: Rohitash.t

There can be seen a huge disparity between the present day situation in the Tarai region and the hills. Tourism, which is one of the most important revenue generating industries of Uttarakhand, has also stuck to only a few hill-stations and religious places. The rest of the state is very much unexplored. More than 1,500 small and big industries have sprung in the plains of the state while the hills have not witnessed any industrial development. The state shows a 13-14 per cent GDP but this is only due to the development of the Tarai areas. The hills are still crying for help and for the need of development. A lot of these hills don’t even have access to basic human needs. There is lack of water and proper sanitation facilities in these areas. Electricity is a dream for many of them.

Reasons for this Difference

The government kept its policies to the plain and only a few hilly regions. As a result, we do not see the development of the entire state. Even the investors who come to Uttarakhand from outside pay more attention to the urban areas. The people of the hills are quite unaware of the policies of the government. There are a few who try to raise their voices but due to their low population their voice remains unheard or is either suppressed. During every election campaign, the politicians come up with amazing ideas for the developments of hills but once they are blessed with the power they don’t pay attention to any of their promises.

It’s been 15 years to the formation of Uttarakhand as a separate state but the condition continues to be the same. Years have passed but the people are still waiting for their hills to get a taste of development. The policies are made but are never implemented. The people in power are least bothered about these issues. The locals of these hills have lost all their hopes and are waiting for a messiah to help them. 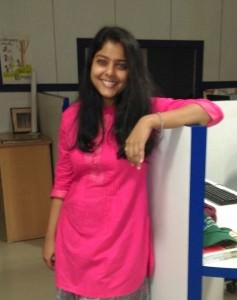