He is known for his extensive and arduous travels and survey work in Tibet and southern parts of Russia. He wrote his memoirs on the basis of his extensive travels. For his valuable contributions to discoveries he was awarded the prestigious Companion of Indian Empire. Pundit Nain Singh Rawat received a Royal Geographical Society gold medal in 1876.  He mapped the trade route through Nepal to Tibet, determined for the first time the location and altitude of Lhasa, and mapped a large section of the Tsangpo, the major Tibetan river.

By measuring the boiling temperature of water, he calculated the altitude of Lhasa to be 3240 m above sea level –astonishing precision, when you consider that we today believe it to be 3540m. From the angular altitude of stars, he then calculated the latitude of Lhasa. In 1874, Nain Singh went on his third and last excursion into Tibet, to survey the route from Leh to Lhasa.

He continued for a few years to train other Indians in the art of surveying (and spying), and did a highly commended job of it, too. On his retirement, the Indian Government honored him with the grant of a village, and 1000 rupees in revenue. He passed away in 1895 while visiting his Jagir, a village in the Indian Terai (plains) granted to him by the British in 1877.

After seeing his extraordinary feats of exploration, Colonel Henry Yule commented that “his explorations have added a larger amount of important knowledge to the map of Asia than any other living man”

On June 27, 2004, an Indian postage stamp featuring Nain Singh was issued commemorating his role in the Great Trigonometrical Survey (GST). There are several forms of media in which information about Pundit Nain Singh Rawat and his extraordinary achievements has been published / illustrated. 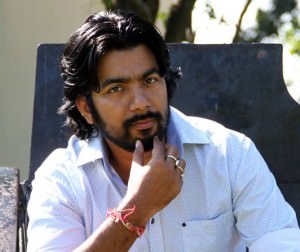 Very inspiring
written very well..
Sir can u provide me the info regarding the book “Asia Ki Peeth Par”…so that I would easily purchase it.

Thanks for the account of Nain Singh’s life and explorations. It’s an inspiring story.