Seven Major Factors behind the slow development of Uttarakhand

Whenever we hear or read about “Uttarakhand” our mind think of the beautiful snow-capped Himalayan peaks, holy rivers, temples, dams but the reality is far away from it. The common man of Uttarakhand is losing hope day by day because when he looks at himself he finds himself in the same old village house looking out of the window and waving his hand in utmost gaiety to those who have arrived to have a rendezvous with their families. He also gazes at every face with wide open eyes that it might be of his son or daughter but they never come and the pain never stops.

We don’t need smart cities all we need is balanced development:

Our state needs balanced development in which there should be an equal development of the hilly areas as well as the urban areas. Merely chopping trees and paving broad roads or highways is not development but to maintain the forest cover, preserving the medicinal plants and varied species of flora and fauna along with construction of new roads, infrastructure, schools, hospitals etc should be hand in hand. The felling one tree should be equalised by planting another tree by this our state will remain as luscious as it is and development will also be in harmony.

Geography: The Geographical shape of the state plays a major role in its development. Uttarakhand which is a picturesque Himalayan state is an epitome of beauty having a total area of 53483 km square of which 86% is covered by mountains and 65% with forest. To provide a good infrastructure in the hilly region is a tough task as compared to the plain areas. Natural disasters like the cloudburst, landslides and earthquake make the geography and the condition of the people even worse. As Uttarakhand comes in the eco-sensitive zone so for developing the state one needs to take care of the bounty of nature as well.

Infrastructure: If you want to attract investors to boost your economy then the first step you should take is to provide better infrastructure like roads, bridges, tunnels, water supply, sewers, electrical grids, telecommunications, emergency services and more. Also, the pristine secluded places of Uttarakhand don’t have basic facilities like road connectivity and bridges to cross the rivers. So the tourists pull their hands back and do not visit such places. Therefore, in order to develop the state as a whole, there should be equal development in both the cities and the villages of Uttarakhand. Education and Healthcare: We all need a good future for our children and nowadays where competition is too high the quality of education in government schools of Uttarakhand stands nowhere close to it. Most of them do not know about computer and the internet which is widely used across the nation. In order to provide good engineers, doctors and officers from the state the quality of education should be improved in the government schools and colleges. Also, in Uttarakhand, the health care facility is a very controversial issue because most of the doctors don’t want to serve in mountain regions. People living in villages have no other option than travelling hundreds of kilometres to cities like Dehradun and Rishikesh for proper medical assistance.

Migration:  Population is a major factor for the growth of any region, state or country because it attracts investors for setting up their businesses in that particular area. Thereby, creating new job opportunities in the region. In other parts of India population is increasing day by day. Buying a small part of the land is a unattained dream of many people living in the cities but the condition in the villages of Uttarakhand is totally different. The lack of basic facilities, jobs and weak infrastructure forces the hill folk to leave their mother land and migrate to the cities in search of livelihood. Many remote villages of Uttarakhand have turned into ghost villages which are abandoned by the villagers and the dust and dirt have become the permanent tenants of the broken houses.

Unstable Government: In Uttarakhand politics is like replacing C.M in one or two years. In just 14 years this newly formed state has witnessed more than seven Chief Ministers (B.C Khanduri two times). Both B.J.P and Congress governments formed their government in Uttarakhand but because of the internal disputes and the corruption charges they ignore the important issue i.e. development. They make so many announcements regarding the development schemes but at the time of implementation the C.M gets replaced or the new government takes the charge. If we do some research on the previous CMs of Uttarakhand we will come to the conclusion that most of them have failed to make a stable government which can take decisions and implement them simultaneously.

Unemployment: If you visit a village in Uttarakhand and ask a small school kid what they aspire to become in future, the only answer—“Fauji” (army man). This is because most of their family members and villagers are serving in Indian army. They don’t have relatives who are doctors, engineers, scientist and businessmen. And those who manage to get a stable job in the cities never return to their villages. Setting up a big IT firm might be impossible in the villages of Uttarakhand but there are things that can be done to give employment to the locals like doing organic farming, village tourism, setting up small factories for local traditional attires, making dairy products, Ayurvedic medicines and a lot more.

Location of State Capital: It’s a very interesting thing that Uttarakhand which is a Himalayan state has its capital in the plain region which comes at the border of Uttar Pradesh and Himachal Pradesh. The distance of Dehradun from Kumaon and Garhwal region is more than 300km. The proposed capital for Uttarakhand at the time of state formation was Gairsain which lies in the middle of Kumaon and Garhwal region. From there the armed forces can easily analyse the current situation of the hill states and implement the right decision on time. It is quite ironical that the top level officials of the hill state Uttarakhand take important decisions for the ‘Pahari’ people from Dehradun city. Most of the schemes which were launched by our government hardly reach the villages.

Unlike cities, the youngsters do not desire to have a luxury car or mansion but having a simple 9 to 5 job which can fulfil their stomachs and offer them a good lifestyle. If good quality education is provided to his children then he can also lift his head high and be carefree that his children will be able to survive in the harsh world. Also, basic facilities like hospitals and good roads are also necessary for the people to cut the barriers from the outside world. These things are enough for a happy life but the changes which a person has seen in recent years are quite negative. Many ‘Pahari’ people of Kumaon and Garhwal region lost their lives during the protest for carving a new state called ‘Uttarakhand’ to improve the life of thousands of people. Only if they would have been alive to see the present state of Uttarakhand they would have cried in sorrow as in the name of development all we can see is few new malls, a few PVR’s, several housing societies and nothing else. Uttarakhand has failed to emerge as a role model of development for the hilly areas and that means it is the loss of the ruling parties who have governed the state in the past few years.

Most of our leaders talk about migration in the Himalayas and promise to take major steps for stopping it but why do they make such statements when they know that they are running the whole government from the plains? 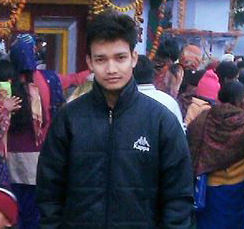 Agreed. Keep it up.

Thanks a lot sir for your words of appreciation. I believe that we are sailing on a boat that is stranded in the middle of the sea, neither we can stay in Uttarakhand because there are no possibilities for a better future nor we can move out because our hearts beat for the hills who have nurtured us. We cannot trust the politicians no matter how good they sound to our ears as they all are fulfilling their pockets rather than the needs of the common man. All we can do is awaken our spirit and support our brothers and sisters residing in the remote hills of Uttarakhand, then only we can pay tribute to our forefather’s struggle for statehood.

Hats of to you Manoj. You have depicted the clear and actual condition of Uttarakhand. Can the youth mobilize themselves to become change agent for overcoming this precarious and miserable state of UK. Unless the common man awaken the politician and bureaucrats will never move out of Doon valley the temporary capital of UK for the past 14 years. What a joke with the simple people of UK.

I appreciate your analytical approach to place the facts in social media.